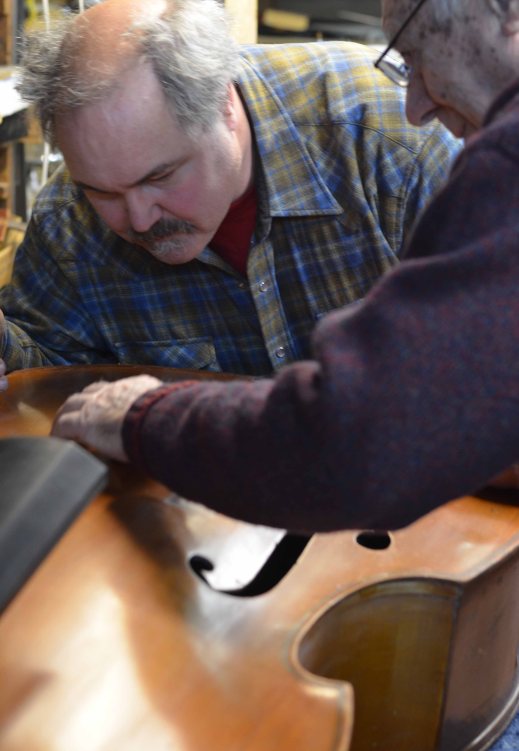 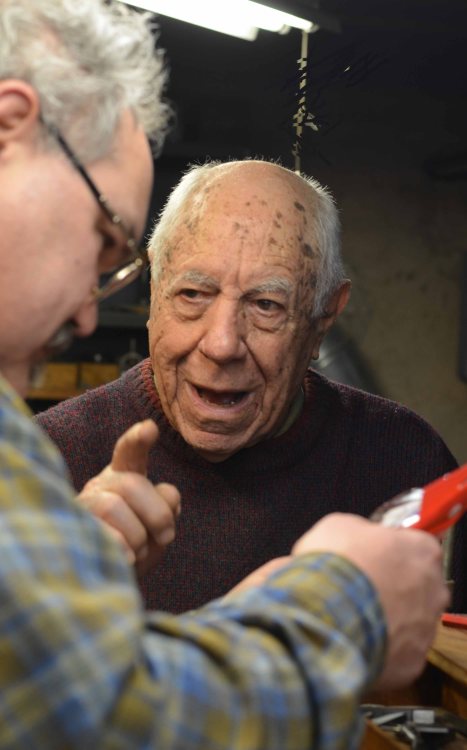 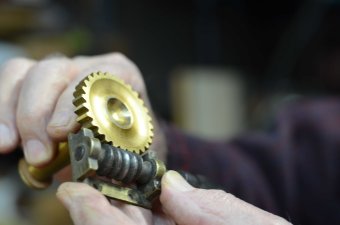 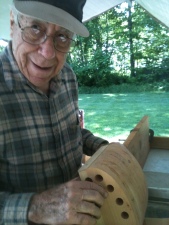 Bass mold for a side 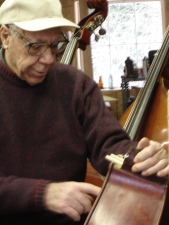 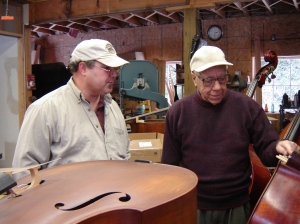 We are saddened to learn of the recent passing of Lou DiLeone.  His sensitivity to and comprehension of the natural and organic properties of the double bass instrument are unsurpassed.  Lou also possessed a deep understanding and experience with the geometric properties impacting the tonal qualities and sound production of the double bass.  His skills were sought by the world’s finest performers of the contrabass.  Around the globe today, there are hundreds of double basses alive due to Lou and the DiLeone family – may they play on to honor the legendary Lou DiLeone.

With a reputation for providing superior workmanship, even perfection, while radiating with his love of the double bass instrument, a myriad of internationally famous bass players have sought out the services of master double bass luthier, Louis DiLeone.  Some of these legendary performers include Gary Karr, the late Homer Mensch, Lou Bruno, Orin O’Brien, Volkhan Orhan, Donald Palma, and numerous other current and former members of the New York Philharmonic and Metropolitan Opera Orchestra.

Born to an Italian immigrant family who operated a music store in New Haven, Mr. DiLeone’s entire life has been associated with music and instruments.  From 1913 through the roaring twenties, Franceso DiLeone (Lou’s father) successfully served the booming vaudeville circuit with sound effects along with a comprehensive music store offering every type of musical instrument, plus lessons, and repairs. Lou (born 1921) came to work for his father in his youth, initially repairing violins, but he became drawn to the double bass.

Through the depression period and World War II Lou assisted his family by taking a number of positions outside the DiLeone business, attaining skills to reinforce his instrument repair abilities. He learned carving of scrolls by working for a renowned New Haven wood carver working in Yale buildings and fine metal working as a toolmaker for High Standard Manufacturing in Hamden (maker of machine guns during WWII).

Mr. DiLeone honed his double bass playing as a member of the National Youth Orchestra.  For a number of years during the mid to late 1940’s, Lou also performed professionally at summer resorts on Cape Cod, returning in the winter to work for his father.

With his brother actively working in the music business, Louis moved into antique furniture repair first in New Haven and lastly in Orange, Connecticut, although he continued to assist his family at their music store by repairing violins and guitars.  When the family store downsized, Mr. DiLeone began to split his time between the music store and his home shop where he could accommodate the growing demand for his double bass repair work.

Over the years Lou collected and subsequently restored a number of amazing instruments.  While alive he owned a number of incredibly rare double basses, lovingly restored.  Among these are an early American Prescott and an extraordinarily rare Italian Pallotta.

In 1978, looking for his first upright bass, Mike Asetta visited the DiLeone Music Store on State Street in New Haven. Johnie DiLeone directed Mike to his brother Lou.  The invitation to visit Lou’s double bass workshop in Orange became a life altering event!  Here was a stunning collection of basses for sale and many more in various restoration phases.  The sight of basses with tops off or clamps on, all appearing so clean and precisely controlled; each repair a true work of art, intrigued Mike.  Soon after this initial introduction, Mike took a bass belonging to another bassist to Lou DiLeone and asked him how to repair the damaged bass bar.   Recognizing Asetta’s interest, Lou encouraged and trained Mike Asetta for decades. 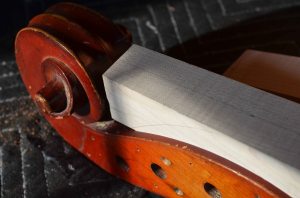